Peter Dutton MP, Malcolm Turnbull PM note this.  You are now fixed with knowledge of the fact that medical care for refugees on Manus and Nauru are appalling.  You will not be able to hide behind a pretence of not knowing about it, when the next person dies because of YOUR neglect.

Hamid Khazaiee, who had been held on Nauru,  died because of criminal neglect in the Immigration Department.  Scott Morrison pretended not to know.

Right now, another man held on Manus is suffering from blood poisoning and IHMS is doing nothing useful to save his life.  About six weeks ago he picked up a bad bacteria from somewhere and his tongue swelled up. The infection has now spread to the rest of his body. He appears to be developing a blood infection. He has become very ill over the last six weeks or so. He has lost weight and has several large weeping sores on his body, he can’t hold food down. He is running a temperature. He is weak and listless.  He says he feels like he is dying.

Here are some photographs.  Remember, this started as a swollen tongue: 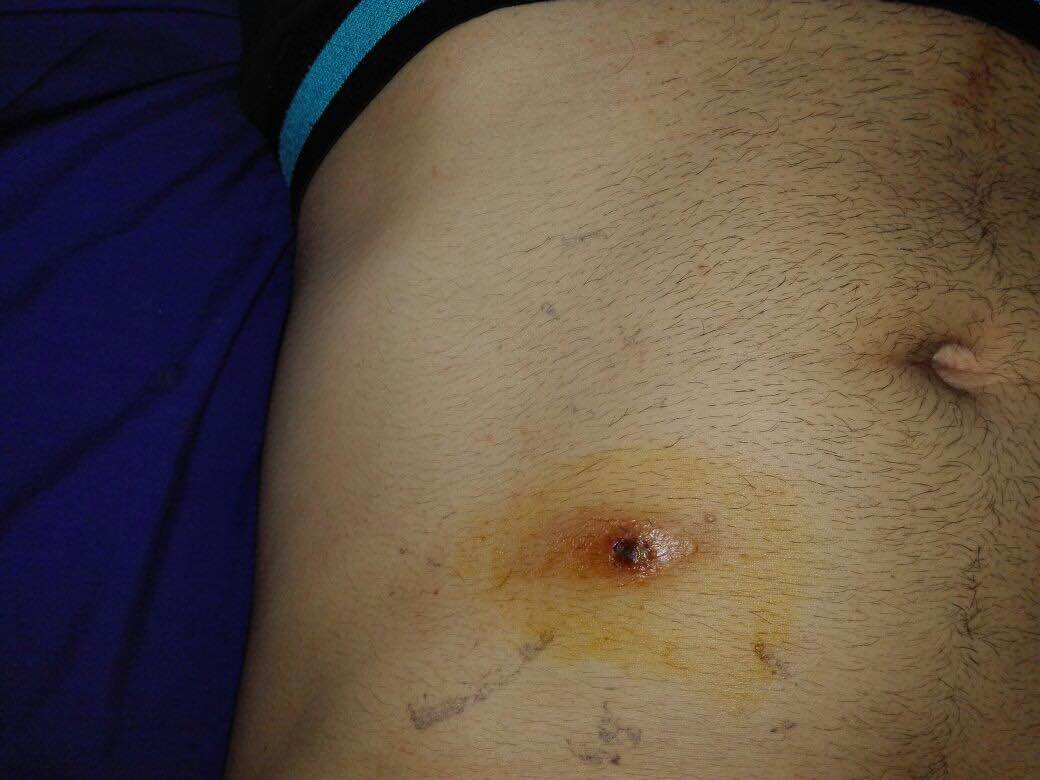 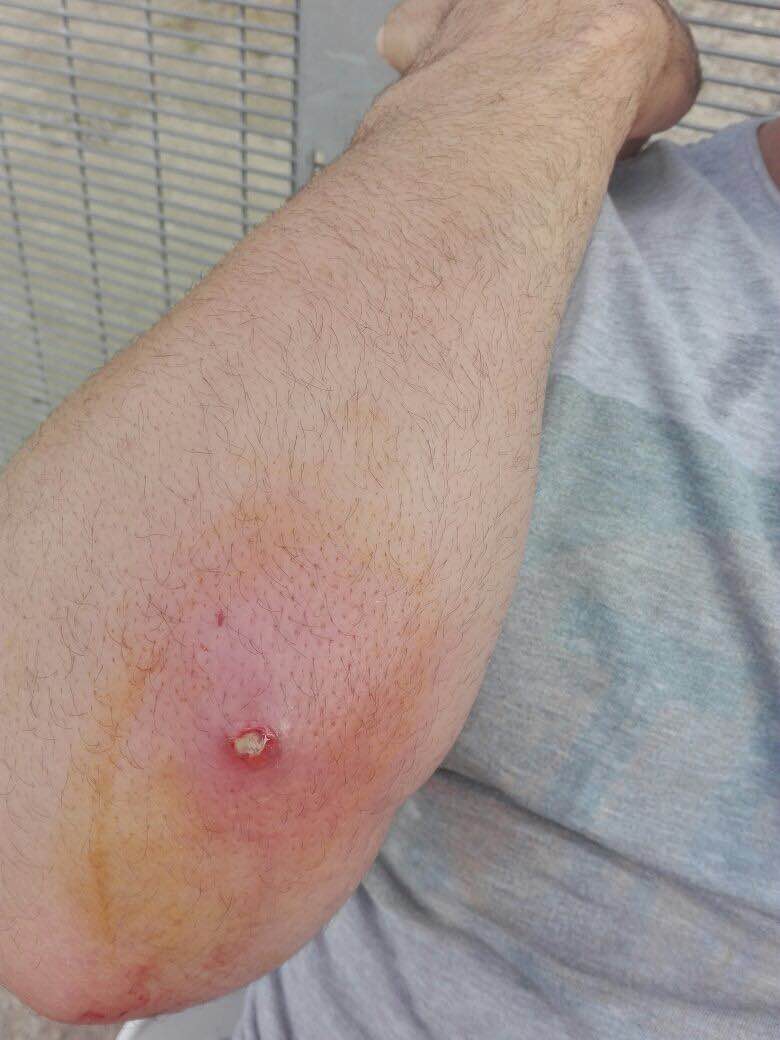 Requests to evacuate him to Brisbane for proper treatment have been ignored.

IF THIS MAN DIES YOU, DUTTON and TURNBULL, WILL NOT BE ABLE TO SAY YOU DID NOT KNOW.

Adjunct Professor George Newhouse, Principal of the National Justice Project based in Sydney, said today that the medical facilities for refugees on both Manus Island and Nauru were a disgrace.
Commenting on an item in The Guardian*, Professor Newhouse said,

“The standard of medical care on both Manus and on Nauru is, in a word, medieval. And that is a disgraceful reflection on the Australian Government that funds them”, said Mr Newhouse.

“The National Justice Project, Newhouse’s not-for-profit human rights law centre in Sydney was being swamped by claims of delays and medical mismanagement of refugee health on Nauru, he said.

“We are investigating a death on Nauru which appears to have been caused by negligence and a delay in the Australian Governent approving a medical evacuation. We have dozens of cases of individuals and families suffering in pain without proper care or treatment.”

“We act for children with untreated autism being denied early intervention therapies and proper care. There are adolescent children whose arms are being deformed because they urgently require an adjustment to the plate which repaired a compound fracture in their arm. No child living in Australia would ever have to put up with such shocking treatment. So why are these kids, under the direct care of Australia, suffering like this?”

Refugee advocate Sally Thompson agreed that “The Australian Government is throwing $26 million at the Republic of Nauru Hospital and what have they got? Belatedly, they have 4 clean hospital beds, a lot of dirt, a CAT scan machine and very little medical continuity”.

“Australian doctors have recommended urgent treatment for ‘Breast Patient R’ but she has now been waiting 11 months. That is just one of many cases where medical care is chaotic and poorly administered”, she said.

Prof Newhouse and Ms Thompson have joined Doctors4Refugees in demanding that the cruelty and neglect of refugees ends immediately.

“These are some of the most vulnerable people in the world. They are under the direct care and responsibility of the Australian Government. And the way we treat them is shameful. It has to stop. Now,” said Prof Newhouse.

Today she said, “Doctors for Refugees is currently reviewing over 100 cases of medical concern in the immigration detention system.  Some of these cases involve prolonged delays for the recommended treatment: sometimes over years.

“Many are for serious issues (like the patient with the breast lump), which clearly would have been appropriately investigated 10 months ago were she anywhere in Australia.

“Several are for highly urgent cases such as traumatic head injuries following assaults – there have been a number of these on Nauru – when an MRI has not been performed.

“If doctors in Australia treated their patients with the same chaos, lack of follow-up and investigation many would be reported to the regulatory bodies.

“These 100 are only the cases that have been referred to us by the extensive volunteer advocacy networks. The more serious ones we often hear about only there is an adverse event”, added Dr Phatarfod.

“It is a complete untruth that the people in the offshore detention system are given medical treatment broadly comparable to that in the Australian communities.

Dr Phatarfod concluded, “Having worked in rural and remote communities from Alice Springs to Bourke, I know that no woman with a breast lump or the myriad of other potentially serious conditions that we see ever waits that long for the required investigation. And no Australian doctor, however junior, should have his or her request to medically transfer  a patient overridden by a government bureaucrat”.