The Refugee Council of Australia is launching a social media campaign that aims to stand up for the victims of refugee abuse by launching HushTag – the tweet that’s all-hashtag, leaving no room for freedom of speech.

Please visit http://hushtag.sh and hit “Tweet it” to show your support. 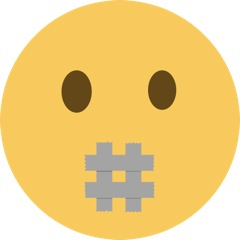 In Australian detention centers, there have been 100 known cases of sexual assault, child abuse and even murder, under the current government. Not one single perpetrator has been brought to justice and every day they go unpunished.

In 2015, The Australian Border Force act made it illegal for Detention Center works to talk about abuse of refugees in detention onshore or offshore. The penalty is two years in prison: Mind you, if ANY health worker is prosecuted for disclosing facts which reveal the harm which is being inflicted by detention, I will arrange the best pro bono defence ever seen in this country.

HushTag uses two tweets to demonstrate the injustice of the legislation while also leaving no room for freedom of speech. The means we can re-tweet without fear of prosecution, with a goal of reaching 100,000 tweets. 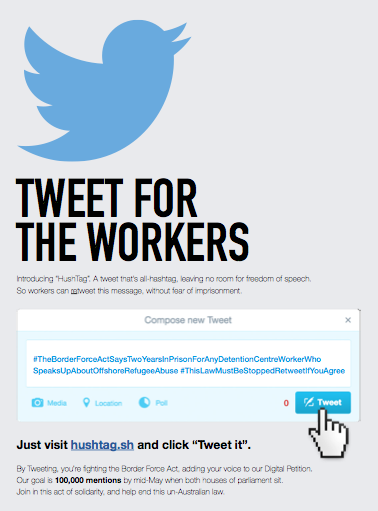 Social campaigns can have monumental power to be heard, bring to light legislative injustices and place them on the political agenda. The first step is social awareness; be a part of the cause for change, tweet the HushTag and support freedom of speech. The goal is to reach 100,000 mentions by mid-May to coincide with a joint Parliamentary sitting. Your support will be commemorated by ‘The Wall of Voices’ on the hushtag.sh webpage.

As part of this social campaign, you can also push the message visually by taping an ‘X’ over your lips and posting this with the above hashtag. I can send through a sneak peak of the social influencers pack for visual if you like?

Workers from the Refugee Council of Australia can freely tweet this without fear of prosecution. By seeding the HushTag through uncensored social channels, namely Twitter and Instagram, you’re fighting the Border Force Act and simultaneously adding your voice to a Digital Petition.

You can find further information on hushtag.sh 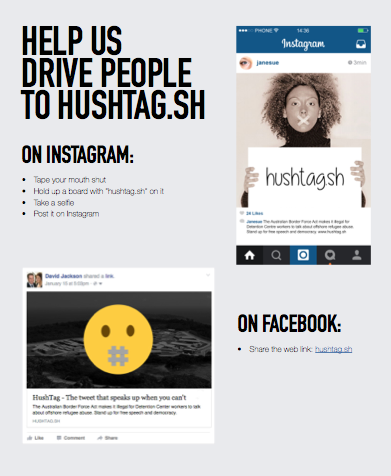