Refugees in terror on Nauru

Some Australian guards have beaten women and children in RPC3 and some have been taken to medical. This was only a few minutes ago.
Trying to get hold of [name] but her phone was stolen by locals who robbed her and her friend at the start of the week.

All of our friends are cowering and furtively sending messages when they can.
… Something has to be done to de-escalate this.

The Guardian newspaper reported on the disturbances on 7 April

And here are some direct accounts of what is happening in Nauru refugee processing centre.

This was recorded in Nauru on the night of 6 April 2016. The screaming at the end was when the guards were trying to get into where the women were protecting the children. 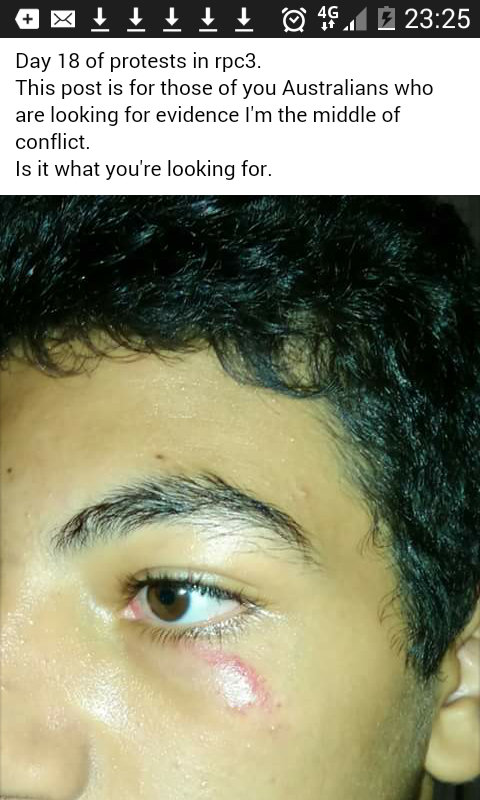 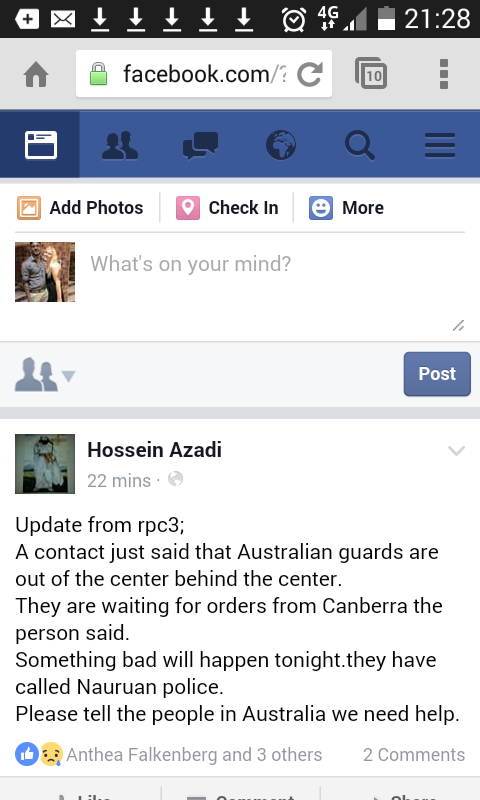