Quadrant, Franklin and other nastiness

It is alarming to see the views some Australians have.  On 23 May, Roger Franklin published an article in the online edition of Quadrant, in which he said it would have been better if the bomb which killed so many in Manchester had instead been detonated in the ABC studios during last Monday night’s Q & A.  Specifically, he wrote:

“Life isn’t fair and death less so. What if that blast had detonated in an Ultimo TV studio? Unlike those young girls in Manchester, their lives snuffed out before they could begin, none of the panel’s likely casualties would have represented the slightest reduction in humanity’s intelligence, decency, empathy or honesty.”

Beyond that bit of foolish poison from Roger Franklin, there is a person who emails me regularly, advocating various anti-Muslim responses.  For example, he advocates:

More recently, he wrote this:

And he fired up about Yassmin Abdel-Magied:

The British hung Joyce. What punishment should be given to Yassmin the Traitor?”

The trouble with stuff like this is that it gives vent to some weird inner frustration with no regard to the facts.  Lord Haw Haw campaigned against Britain during the second World War and was hanged as a traitor.  Yassmin Abdel-Magied quietly invited us, when we are not at war,  not to forget refugees held on Manus and Nauru, and not to forget Syria and Palestine.  They are things we should not forget.  Maybe my frequent emailer is the real traitor, for betraying the values Australia defended during two world wars.

What people like Roger Franklin (and my frequent emailer) do not seem to understand is that their rabid views are just as dangerous as the views of Islamic extremists and other madmen.  Dangerous because, by inciting hatred against all Muslims, they run a very clear risk of radicalising some Muslims who (understandably) feel that they are not welcome in our community, even if they have never said or done anything which could be a threat to any of us.  Radicalising young people is a foolish and dangerous thing to do: it creates the very risk Roger Franklin (and my frequent emailer) are so upset about.

Incidentally, Roger Franklin was very rude about Lawrence Krauss, who was on the Q & A panel which Franklin would have liked to see bombed.  What Franklin wrote was this:

“A smug stick insect and tireless self-promoter, fellow guest Lawrence Krauss, the warmist shill who has the gall to present himself as a man of science, couldn’t resist the temptation to demonstrate a nuanced acuity. Below are his actual words, reproduced verbatim. Try not to throw up.

You’re more likely to be killed by a refrigerator, in the United States, falling on you.

If you need to read this loathsome creature’s glib sophistry once more, just to grasp the full breadth of its breathtaking brazenness, brace yourself and do so.

Tumbling refrigerators are a bigger hazard  than Islamic terrorism? God Almighty but that Krauss is a filthy liar.”

Let’s put to one side that Franklin did not understand Krauss’ point.  The simple fact is that dying in a terrorist event is a very unlikely way of dying.  I am not trivialising it: it is a terrible thing.  But here are the statistics: 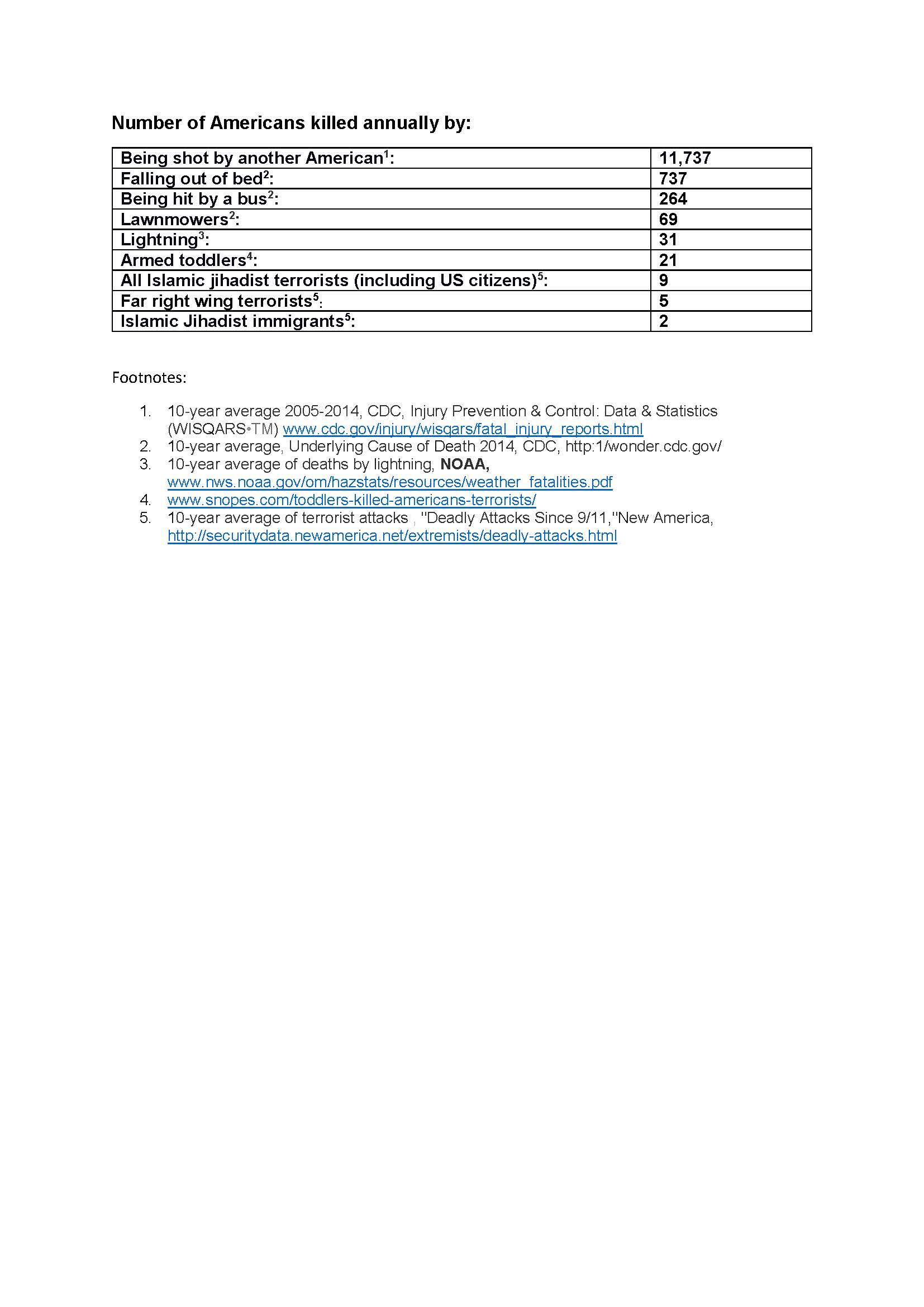