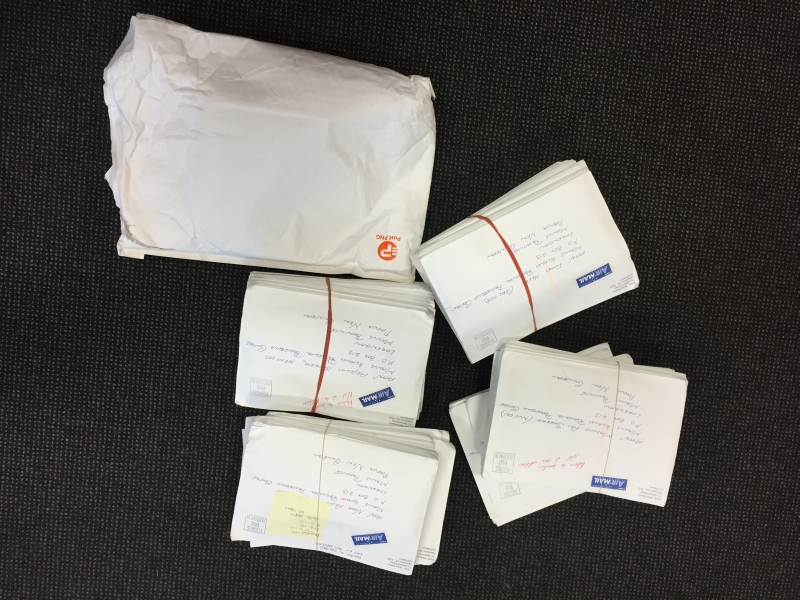 This is a photo of about 300 letters posted to detainees on Manus Island have been returned unopened.

Some of them, no doubt,  were addressed to people who have left Manus and returned to their country of origin.

The objective of the detention system as it operates on Manus is to break the spirit of people held there so they will give up any hope of protection and prefer to  face persecution at home than face persecution at the hands of Australia and its contractors:

Those companies – Australian companies – are collaborating with the Australian Government in one of the most shameful operations this country has ever been involved in: the deliberate mistreatment of asylum seekers who have sought protection in Australia.

Any group of people who (innocent of any offence) are locked up indefinitely in appalling conditions are eager to receive friendly messages from outside.  Common sense suggests  this, and experience shows it.  The Australian government simply says that asylum seekers do not want to receive letters.

The government is lying when it says  this.

The Department of Immigration is lying when it says this.

The greatest threat to Australia is not terrorism, but people like Tony Abbott and Peter Dutton, who are willing to inflict misery on innocent people in order to hold on to political power.

Tony Abbott and Peter Dutton both deserve to go down in history as the worst people ever to hold high office in this country.